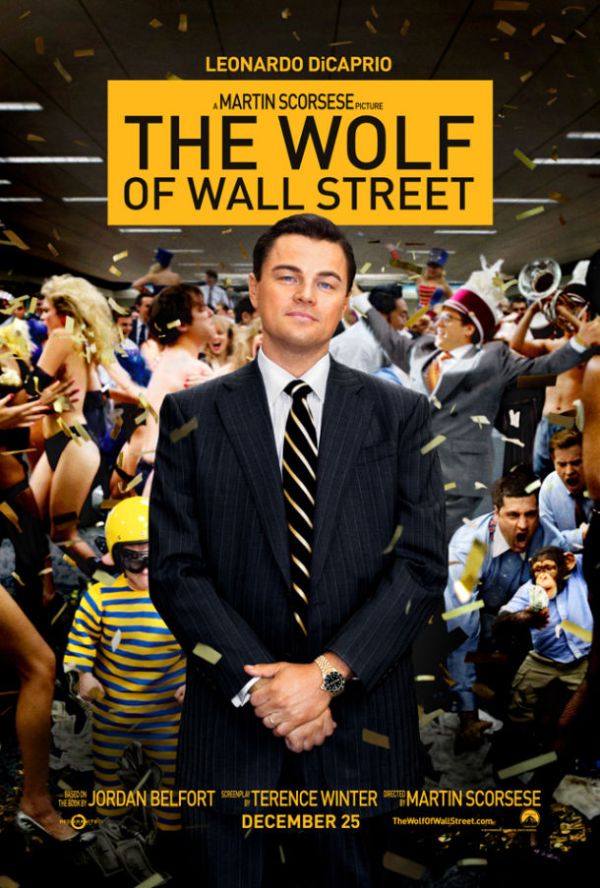 This review is long overdue, since my writing streak has been eluding me lately. By now the Torrents are probably raging full force, number of screenings at a multiplex reduced. However, if you are yet to watch this fantastic adaptation of Jordan Belford’s memoir, it is not a tiny feat that can be devoured in a space of a couple of hours. The Wolf of Wall Street is an expansive movie, colourful and massive in all its glory.

Jordan Belford (Leonardo DiCaprio) is a fresh faced newly married enthusiastic young man, who wishes to make it big, thus taking up the job of a stockbroker at a Wall Street firm. With obscenities flying about left, right and center, Jordan feels right at home, but not for long. The firm falls through owing to Black Monday, forcing Jordan to move to Long Island with his wife Teresa (Cristin Milioti) boiler room where penny stocks are traded. With his skillful pitching style, he soon amasses a minor fortune, and decides to create his own brokerage firm Stratton Oakmont along with Donnie Azoff (Jonah Hill), and a number of other friends who are in reality petty yet experienced weed dealers in order to fry ‘bigger fish’ and get richer by the minute. 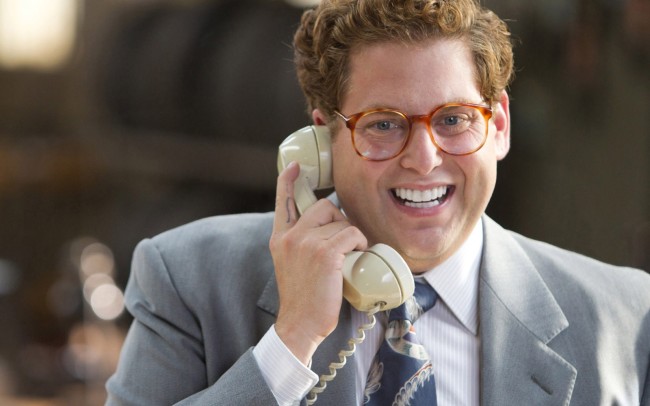 Soon enough, Forbes magazine proclaims Jordan to be the ‘Wolf of Wall Street’, and the name sticks leading to fame and immense fortune. With this, step in the drugs, the endless parties, and of course the sex. It is at one of these extravagant parties that Jordan spots Naomi Lapaglia (Margot Robbie) and out goes his wife Teresa. Well, who can blame him? One look at Naomi and anyone person would go, “Teresa who?”

But of course all this too good to be true, and eventually all the fame and drugs are bound to go to anyone’s head, and that is exactly what happens with Jordan, leading to the FBI and the Securities Exchange Commission to land on his case. What follows is a classic and obviously hilarious cat and mouse chase, where Jordan bests both these agencies time and time again. 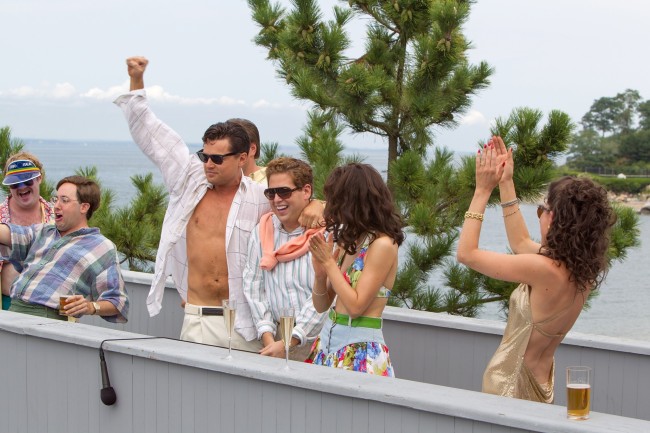 The Wolf of Wall Street is quite well presented, and the humour and the constant twists make up for the length of the movie. There are moments when you want to leap off of your seat and cheer along with Jordan at his success, as despite all of his flaws he is unmistakable adorable and his charm infectious. When he makes the ‘rich-man-poor-man’ speech, you want to cry from joy and yell out, “Give him his Oscar already!” Jonah Hill does a brilliant job as the supporting actor, and comes off as the kind of friend you would want by you through high and low (read: drug induced and not-very-drug-induced-state).

Leonardo DiCaprio has out done himself this time, just as he does every time, and maybe there is a tiny hope (fingers crossed) that The Wolf of Wall Street would be his break at the Academy Awards, as this is the kind of movie you want to watch after having had a b!t@h of a day at work. It will make you howl with laughter, and also humble you to the inner turmoil that Jordan faces when it comes to saving his friends and the company he has built from the ground up. 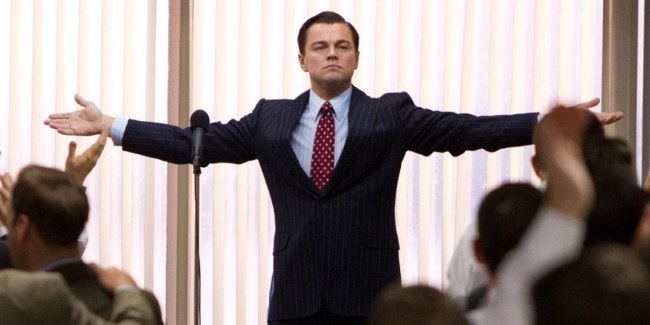